An emergency situation has occurred!

I couldn’t text any photos to Susan last night … and couldn’t FaceTime with her.

This is the first time this has happened since I’ve been in Bordeaux and I was so frustrated, angry and impatient and …

Then I remembered what it was like when I first started traveling in Europe in the early 1980s (not yet by bike, but by train). That seems like centuries worth of technology ago.

In 1984, I spent the summer in Europe, writing aviation articles. I sort of had a schedule of when I’d be in certain cities, and told people (like mom and dad) they could send me a letter in care of the American Express office in Paris, Nice, Rome, etc. I can still remember exactly where the long-gone American Express office in Paris was located, on Rue Scribe, near the opera.

In addition to letters, you could also purchase traveler’s checks at the AE office. Remember them? Do they still exist? And outside the AE office, lining Rue Scribe, were places where you could change your traveler’s checks from dollars to francs. You’d walk up and down the street looking for the best conversion rate and try not to get ripped off.

I wrote – with a pen on sheets of paper – my aviation articles and mailed them (in an envelope with a stamp) to my sister, Deb. She’d type them up and mail them to the appropriate editor. I think this is how Shakespeare did it too, but in sonnets.

Back then, you had a Walkman and had to prudently decide which four, maybe five, cassettes you’d bring with you. At least two Springsteens, of course.

Yep, people, including me, actually bought postcards of the places we were visiting and sent them to people. This often involved standing in a long line at the post office in Venice, Amsterdam or Barcelona. And usually, you arrived home a few days before the postcard arrived at their destination.

BTW: That’s what we did in cafes back then: Wrote postcards. Now we text, tweet and Instagram. And look at our photos.

I covered a few days of the Tour de France for the Philadelphia Inquirer in 1988. I’d write out my stories – longhand – and then had to find a special “phone” place or upscale hotel. At these special phone places, you gave them the phone number (I think I could call the Inquirer collect … as back then newspapers had some money). They sent you over to one of their phone booths, and said they’d call your number and that when the phone in your booth started ringing … pick it up, and start talking.

Susan and I did some French biking on our honeymoon in 1993. And Susan, being a photographer, brought two cameras, two lenses and like 50 rolls of film. And yes, I had to lug most of it around in my panniers. 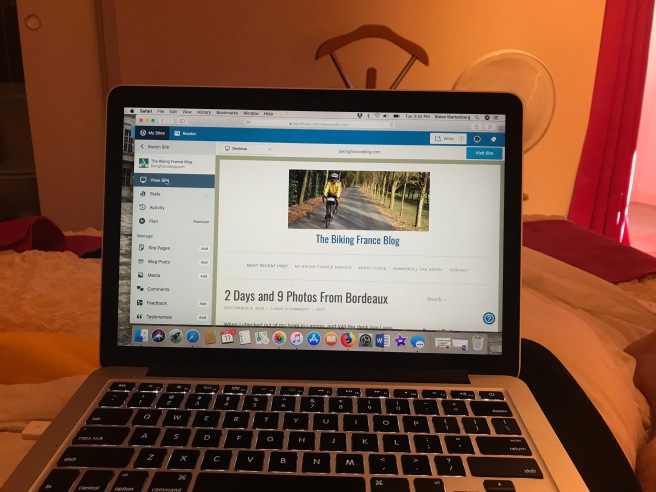 In 1999, I went with a tour group of Army Rangers – the guys who landed on the beaches of Normandy on D-Day and made history. And wrote about it for the newspaper I was working for the time: The Bucks County Intelligencer. Like I said: Newspapers had some money for travel back then. And one of the Rangers was from Bucks County.

And, get this: I had a laptop and a digital camera. This was cutting-edge technology. I was a tech savvy newsperson. The digital camera was about the size and weight of a cinder block … and the laptop may have been even heavier. There was no wifi back then, so you had to have these adapters that enabled you to link your laptop into the phone line … and hope/pray for the best. Often, back then, you had to go to the hotel’s front desk and ask them if you could hook up with their phone line. And it was really, really slow. And they always grudgingly agreed to let you do it. Like they were doing you a huge favor.

These days, all you really need is your smart phone: it’s a camera, voice recorder, phone, text engine, music and podcast player, social media must and on and on. I did bring my laptop on this trip, but mostly because of this blog. Still hard to blog on an iPhone, but I bet they’re working on it. 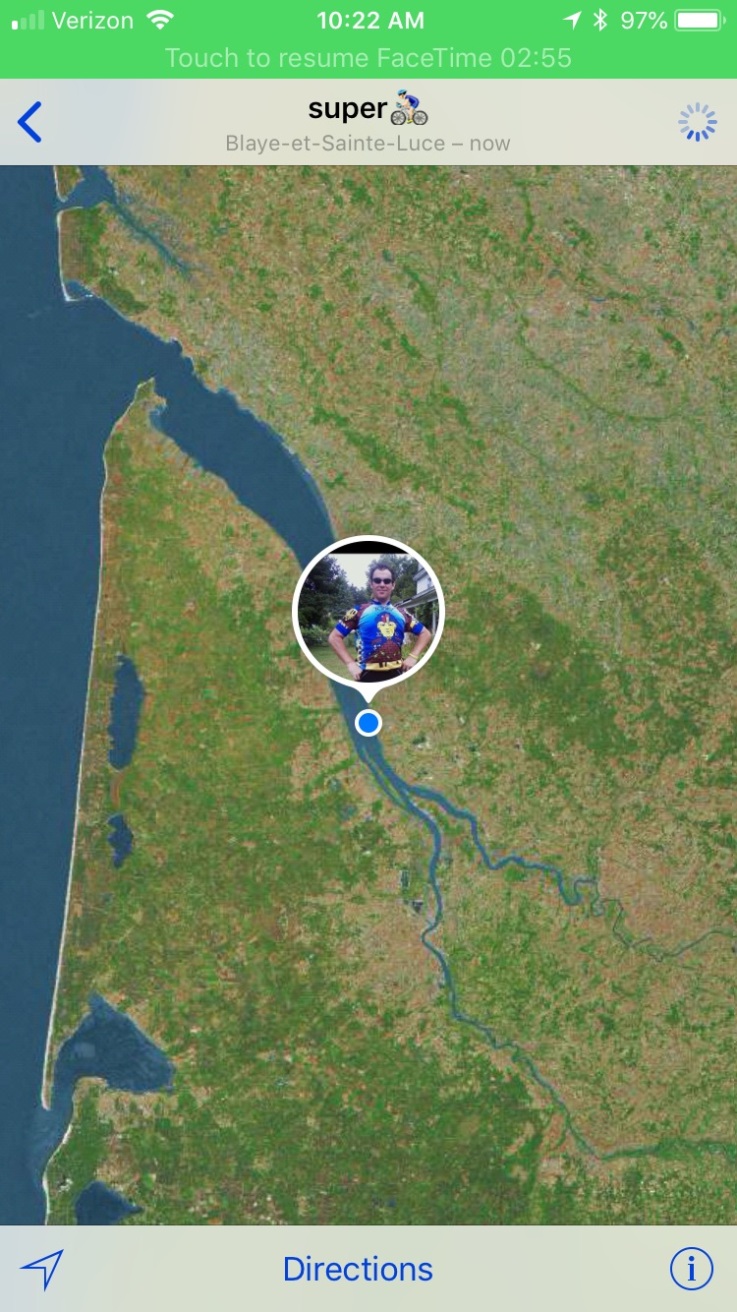 I didn’t pay for the international data package on this trip, as it’s still a little too pricey for me. Why? Every hotel has wifi. So far, it’s been pretty reliable. And, whenever I have wifi access, Susan can track my exact location on her iPhone. It’s not creepy … she’s my wife.

So, all in all, I guess I shouldn’t be too upset that for one evening I couldn’t text photos to Susan or Facetime her. At last I was able to post a photo in Instagram! And these days, isn’t that the whole point of traveling.

PS: I wonder what technology wonders I’ll be writing about in 2028?

One thought on “From Medieval Traveler to Hi-Tech Trekker…”